Surprise #1 – K-town.  Korea-town is booming and we stumbled on it by accident.  Andrew declared this the best food of the trip.  But then we’ve said that after every meal, even street snacks. 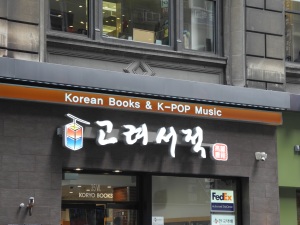 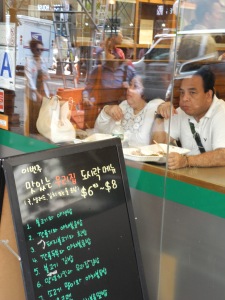 *Operation Walk-the-feet-to-nubs has been textbook military success.  Only it isn’t the feet.  It is everything south of the hip sockets ordering full retreat and surrender to the opponent – the pavement of NY.
*We happened upon Ktown while antiquing in a midtown high-rise.  Talk about mixed metaphors.

See the park on the raised railroad line?  One and a half miles of this shaded walk with the Hudson River to the west and the city to the east.  Every place you wished there was a seat to take in the amazing view of an east/west city canyon, there was one. Once again, people are amazing – the people who thought of everything and the people who accomplished it.

What a great idea to keep the tracks but as an idyll in which to breathe and woolgather. 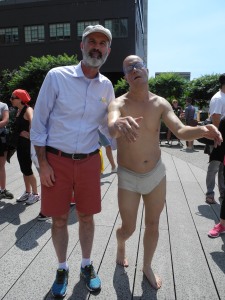 But New York will be New York. 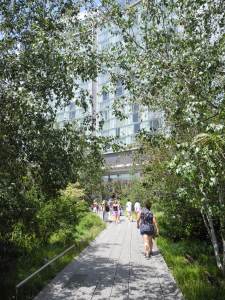 And then it dawned on us – the city, the river, but no traffic.  Unobstructed walking.  Any horns are backdrops and inapplicable to the moment. No, not inapplicable, but transformed into music.  Passing the Penn Station train yards sounded like YoYo Ma giving an open-air recital.

Charlie and Leslie Baldini of Staten Island (the 4th borough we hit).  And I must concede that Leslie was right; that incred pizza from DeNino’s is called “Garbage Pie” not “Garbage Can” as we have been saying for 10 years since the last time we were there.  Can we not agree that Garbage Can has more zing to it? We love these people.  Charlie’s church, Immanuel Union, is growing and through his long and faithful ministry here people are loved, served, and introduced to Jesus.

The Baldini Clan.  BTW Charlie is Sicilian so we were basically dining with Ray Liotta and goodfellas.

Now here’s the Wow moment.  This is us in the wheelhouse of the Staten Island Ferry.  Little Bekah, who is now a beautiful little wife and mother, is married to Kenny Bossert, the captain of this boat.  So we rode across New York Harbor with a view like none other.  And here is where we unabashedly praised the Creator and said, “Help us give You back everything we are because You are so, so good to us!” 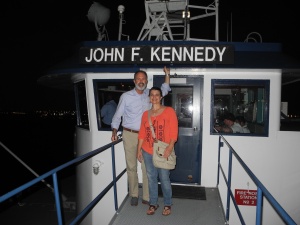 Getting off the ferry, a little dazed with it all.